AK 47 Strain Online . Don’t let its intense name fool you: AK-47 will leave you relaxed and mellow. This sativa-dominant hybrid delivers a steady and long-lasting cerebral buzz that keeps you mentally alert and engaged in creative or social activities. Ak 47 Marijuana mixes Colombian, Mexican, Thai, and Afghani varieties, bringing together a complex blend of flavors and effects. While AK-47’s scent is sour and earthy, its sweet floral notes can only be fully realized in the taste.

AK-47 is a strain with a strong lineage that may have begun in the post-war 1970s as the Thai and Afghanistan cross. However, AK-47 itself did not come into existence until 1992. Also, The strain underwent a rework in 1999 so that plants could produce uniform seeds. Moreover, AK-47 plants are fairly tall and wide with large calyxes. The buds are dark yellowish-green with lots of crystals (trichromes) and fine red hairs.

Many choose to grow Ak 47 Marijuana indoors in either soil or hydro, but it can be grown outside in a mild climate. Ideally, temperatures should be kept below seventy-five degrees Fahrenheit. Also,  If grown at seventy-five degrees, the plants will produce the same yield, but the buds will open and become fluffy. Moreover, The strain flowers for eight to nine weeks. If grown outdoors, plants are ready for harvest in the middle of October.

Furthermore, AK-47, unlike Russia’s most popular assault rifle, will leave you with a euphoric mellow buzz. This popular high quality hybrid strain is as “kind” as they come. In addition, A cross between a Thai and Afghani plant and a Columbian and Mexican Plant. Best Place to buy Ak 47 Marijuana Strain Legally

Ak 47 Marijuana is known for its high potency and is considered by some to be a “one hit wonder.” This marijuana strain has compact buds with pristine crystals that shine in the light. The aroma produced is citrusy and tart, yet enjoyable. It is great for pain relief, mood enhancement and stress relief.

Be the first to review “AK-47” Cancel reply 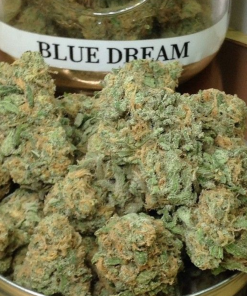 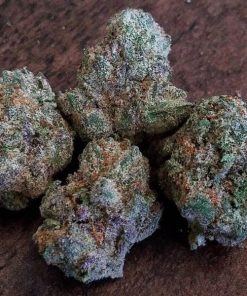